Tip: Hold cursor over colored words to see the word’s definition. Later reread the blog and try to remember the words’ meanings, then check the definitions to check your memory.

Let’s start out by first defining what I mean by childhood. A person’s childhood may refer to different age ranges depending on the focus of the conversation. In terms of maturity, I don’t consider a person to be a mature adult until he or she is at least 25 years old. However, by American law, a person is considered to be an adult at age 18. So within the context of this blog, I am going to consider my childhood period to extend from birth until 18 years old.

This period includes five ranges of school with approximate ages:

I was born in the southeastern USA in the state of Alabama. I did not go to kindergarten. I did complete all 12 grades of school. My parents were poor and uneducated. Neither one of them finished high school. My mom did not work. My dad was a sailor in the Navy during World War II (WWII) and later became an air traffic controller when he entered civilian life. I had two older brothers who were both at least six years older than me. We never played together or went to school together, and they moved away from home while I was in elementary school, so I never felt very close to them emotionally.

I grew up in a small town in a very small neighborhood with other poor kids. My neighborhood included one girl and five other boys besides myself. For physical activity, we played ball games (baseball, football) in a small vacant field and rode our bicycles everywhere. For entertainment, we played table board games and card games. There were no computers, no color TV, no small radios, no battery-powered watches. We had fewer than twelve TV channels. After 10:00 pm, all TV channels shut down until the next morning. Cartoons were only shown on TV on Saturday morning from 8:00 am till noon. We had one movie theater. Life was slow and simple.

I remember nothing about Grades 1 through 6. My grades were mediocre. In Grade 7, I suddenly made straight A’s in all subjects with no special effort. I was surprised and pleased. From that point forward, I was a straight-A student all the way to the end of Grade 12. By Grade 6, my education had exceeded that of my parents. They could not help me with my homework, so I grew up to be an independent learner. In other words, I learned to teach myself. From that point forward, I have taught myself almost everything I know through self-study.

I was a very serious and studious student. I never had a girl friend. I learned to play tennis with a male high school friend. I still play tennis to this very day. 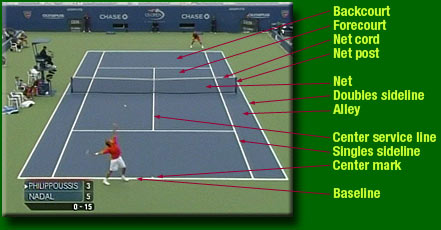 (Late entry) Oh, one last thing that bears mentioning. At age 16, my parents bought me a used car. It is a rite of passage in an American’s childhood that they get their first car while in high school. This is our first taste of independence from our parents.

That is about all I remember of my childhood. This concludes Chapter 1 of my life.