I would like to introduce you to one of my favorite song you’ve probably heard before. It is called “El Condor Pasa (If I Could)” and was recorded in 1968 by Simon & Garfunkel.

This is the cover version of a song by Peruvian composer Daniel Aloma Robles written in 1913 and based on traditional Andean folk melodies.

Here are some tasks for you:

1. Listen to the song and fill in the blanks.

2. Look at this photo-collage. You can see that there are 13 pictures, but there were only 10 blanks in the test. Which words were NOT used in the song? 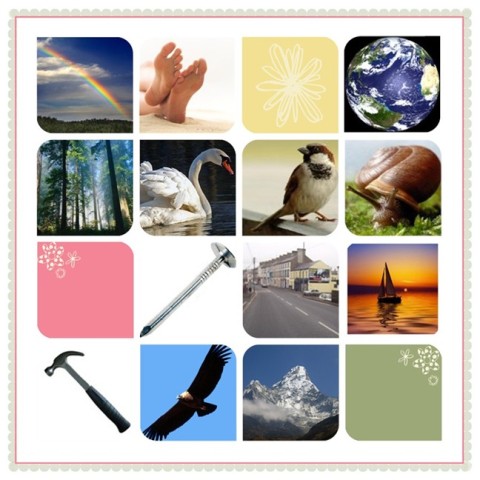 1) Would rather do = would prefer to do. After would rather we use the infinitive without to

e.g. I’m tired. I’d rather not go out this evening, if you don’t mind.

Do you want to go to the cinema this evening? I’d rather not.

In this song the structure –

e.g. I’d rather stay at home than go to the cinema.

2) Would rather someone did something

When you want someone else to do something, you can say:

we use the Past in this structure but the meaning is present or future, not past.

I’d rather you cooked the dinner now.

e.g. Shall I stay here? Well, I’d rather you came with us.

I’d rather you didn’t tell anyone what I said.

I. Make sentences using I’d rather than structure and the words in brackets:

Example: (walk/go by car) I’d rather walk than go by car.

II. Now use I’d rather you (did something).

You are talking to a friend. You say you’ll do something but really you want your friend to do it.

Example: Ill cook the dinner if you really want me to but Id rather you cooked it.

4. Let’s get back to the song. Listen to it again. There are the lines in the chorus:

A man gets tied up to the ground,

he gives the world

How do you understand those lines? Please share your thoughts.